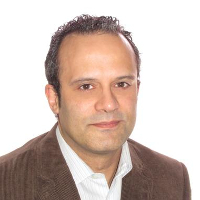 Skilled and experienced Middleware architect, with 10+ years experience in different integration projects, both internal (EAI, ESB) and external (B2B). Problem solver with ability to build questions that uncover business needs, and possesses the ability to build and maintain business relationships with decision makers and influencers.

Advancing from beginning of I.T. we’ve been constructing walls, dams, fences, nonces and weapons to defend outer limits of the company from any attack, and even doing business close to those barriers has been a nightmare.

One of the takes from API Management is to make barriers permeable to allow making more and better business. Anyway this has to be taken totally seriously, permeable is not meaning clear and open, but easy to integrate with by using APIs. And this without making a bigger trouble from security perspective, at the end Business perspective.

Which are the common considerations that a Security officer will keep an eye on when talking about API Management ?

One of the first topics to worry about is the channel security between API client and API server. This is usually managed by using SSL over http, there a couple of elements to take here:

Once first line of defence considerations are taken, another worries come into scene when exposing APIs:

Life from a security officer shouldn’t be as easy as it seems, don’t forget to check that the devices in exposing those business assets (APIs) are secure themselves, and many other topics that cannot be covered in a single post, stay tunned.